Intellectual Genocide in the making?: The Strong and Pervasive Evidence of Ethnic Inequalities in Ethiopia

Ethnic inequalities in all sectors of life in Ethiopia have increasingly become serious and pervasive. Access to higher education (including scholarship grants) and most sought after disciplines appear to be disproportionally distributed along the multitude of ethnic groups in the country. In this paper I argue that intellectual genocide is in the making in three different forms: (1) systematic discrimination against certain groups with regard to educational opportunities, higher education, and scholarship grants; (2) brain drain — the movement of intellectuals and young skilled Ethiopians that has increased under the Tigrean People’s Liberation Fronts (TPLF) regime. Some observers say that Ethiopia has become a substantial net exporter of academic talent, a so-called brain drain; (3) cultural genocide, the action of the system which has the aim or effect of dispossessing the people of their lands, territories or resources, cultural values, language, and historical/religious relics and heritages. The philosophical foundation/methodology that undergirds this study is critical theory with elements of poststructuralism and post colonialism. The strategies used to collate and collect data is meta-analysis (data synthesis), some form of discourse analysis, personal accounts, and a limited amount of sociological introspection. There are a number of reasons or mechanisms that lead from ethnicity to violence. My evidence shows that there are already some patterns and discourses that might precipitate or crystallize the mechanisms in Ethiopia. The study shows that it is high time to stop the madness and redress the chronic and pervasive disparities within and between groups. It is an imperative that we focus on our similarities and common destiny. “The fight is never about grapes or lettuce. It is always about people.” It is about Ethiopian people. It is just unacceptable to seek self-aggrandizement for ourselves—or for our specific ethnic group, and increase power and influence to draw attention to own importance—and forget about progress and prosperity for the multitudes of ethnic groups in Ethiopia.  Our ambitions must be broad enough to include the aspirations and needs of others, for their sakes and for our own. 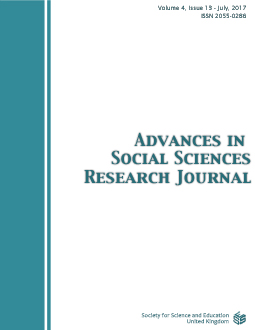