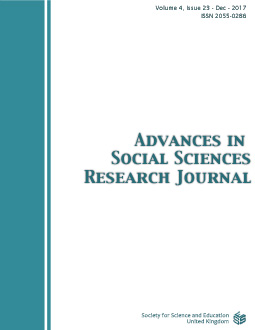 This study was designed to assess Emotional Intelligence (EI) dimensions among university freshmen in South-South Nigeria in terms of the influence of gender, school type and students’ major discipline. To achieve the objectives of the study, four research questions were posed and four hypotheses were formulated. The design applied towards the conduct of this study was ex post facto research design. A total of 800 students were randomly selected using purposive sampling, simple random sampling, and stratified random sampling techniques. A 30-item questionnaire, the Emotional Intelligence Questionnaire for University Students (EIQUS) developed by the researchers which has a high validity and internal reliability coefficients ranging from .73 to .78 was used to collect data for the study. Independent t-test, One-way Analysis of variance (ANOVA), three-way ANOVA, Fisher’s LSD and Scheffe’s test for multiple comparisons were the statistical tools deployed to analyze the data. The summary of the findings showed that gender influences the EI of freshmen with the exception of social awareness and relationship management dimensions. School types (Private, State or Federal) do not significantly influence the overall emotional intelligence of freshmen. Furthermore, students’ major discipline (Arts/Humanities, Engineering, Education, Medical Science or Science) significantly influence the emotional intelligence of freshmen in universities in South-South Nigeria. In addition, the post-hoc comparison for significant differences showed that some pairs are significant in each of the dimensions with the exception of the pairs in relationship management which showed no significant difference in any of the pairs. Also, the interaction effect of gender, school types (Private, State or Federal) and students major discipline (Arts/Humanities, Engineering, Education, Medical Science or Science) on the emotional intelligence of freshmen was significant. It was recommended that university authorities should pay attention to the concept of EI in view of it benefit in an academic environment.