Food safety at makola shopping mall was explored from the perspective of customers by means of their demographic data, illnesses they had suffered from, types of foods chosen, and factors considered before making food choices. From 20 chosen vendors, 60 customers were obtained by the lottery method (3 customers per a vendor). The findings showed that the age range 18-25 years contained the most customers (35%); those who studies show are relatively inexperienced as regards issues of food safety. Most of those who ate at the mall did so out of some necessity rather than other reasons such as leisure, since 98% of them were employed, 60% were single. A high percentage of them had diseases such as cholera (20%), typhoid fever by Salmonella typhoid (20%). Foods like fufu and banku had patronages of 21.7% and 18.3% respectively; preparation of these involve extensive use of the bare hands by people who may not wash their hands properly. There also exist risks of acquiring diseases through mycotoxins with foods like beans, fufu, banku, and rice (local type) which often contain relatively high percentage of moisture. Patronage of rice and sauce was (50%); these are often served with salads which involve the use of vegetables, for example lettuce which are cultivated using wastewater. Low patronage of some local foods like ampesi and palava sauce, fried plantain and beans may be due to the concerns of adulteration of palm oil with sudan dyes. It was concluded that there were considerable risks associated with the sale of prepared food at the shopping mall.

Professor in the Department of Math and Science, University of Cape Coast 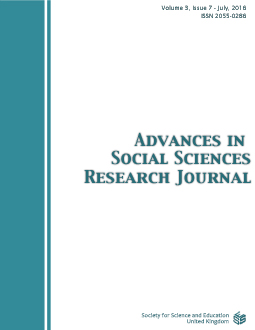