On-line traffic, such as conversational call, live video, serves a large group of applications in the internet now days. An important feature of on-line traffic is that they are not pre-recorded and no exact information about each session’s traffic is known before the traffic happens. S-BIND (Confidence-level-based Statistical Bounding Interval-length Dependent) traffic model was proposed to characterize such traffic for QoS admission (GammaH-BIND) and policing purpose. A state-dependent token bucket based statistical regulator was proposed to police the traffic using S-BIND parameters. However, the proposed regulator can output traffic within the expected S-BIND parameters if the input traffic is random or is just trying to transmit large amount of traffic without exploiting the regulator’s token bucket design. In this paper, the author shows that if the source of the traffic understands the bucket’s behavior, it can tune the traffic and cause significant violations in the regulator’s output traffic. A new design of state-dependent token bucket for the regulator is proposed in this paper to remove such potential problem and an optimization algorithm is given to improve the regulator’s efficiency by removing redundant token buckets in the regulator.

(11) H. A. Harhira, and S. Pierre, A Mathematical Model for the Admission Control Problem in MPLS Networks with End-to-End delay guarantees, Proc. Of 16th International Conference on Computer Communications and Networks, pp. 1193-1197, 2007. 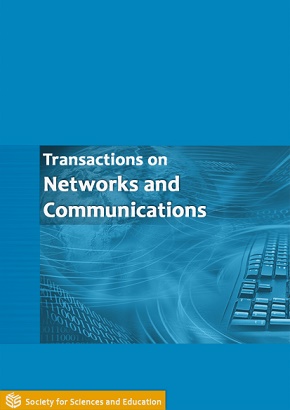