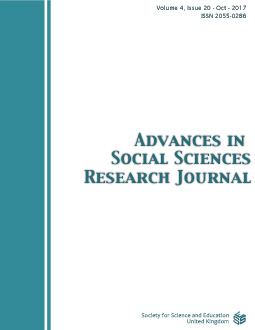 Despite the numerous environmental laws enacted to ensure environmental safety, environmental abuse remains unceasing adversary to our fight against extinction. This is an aftermath of oil explorations by he Multinational Oil Corporations in the past fifty years in Nigeria. The politics of oil economy which provides over 80% of government’s earning has compounded the problems of environmental justice. A number of environmental policies put in place in Nigeria in the past have not been effective in checking and addressing environmental justice. In the centre of the conflicts is the criminal justice system which has not been effective in responding to the challenges of environmental abuse in Nigeria. This paper provides an overview of environmental abuses in Nigeria and its consequences. This study made use of the documentary research method to gather data. The paper noted that, though the Nigeria Criminal Justice System is visible in the fight against notable environmental abuses like: oil spills, toxic dump and illegal logging but de-emphasize relatively dangerous human practices such as: sound pollution, air pollution among others. This paper recommends societal reorientation with emphasis on ecological citizenship and ecological justice, thus, the extension of moral co-existing to include non-human nature.