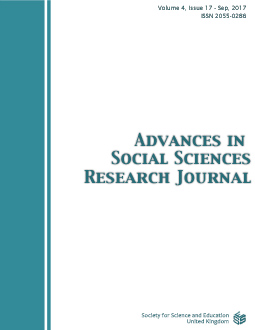 The present research focuses on the perception of English consonant sounds by the learners of English at university level. English and Arabic, genetically two different languages, share some common features. They also exhibit a lot of differences. These differences are the main source of difficulty in the learning of English as a foreign language and vice-versa. Some Arabic speakers perform oddly on a range of experimental tasks which involve word discrimination. All these tasks involve discriminating words with identical vowel patterns, but differing in their consonants. Some Arabic learners, it seems, are consciously inaccurate in handling consonants in English words, and much more prone to make errors involving consonants than subjects of other mother tongue background. One possible explanation to these errors is that Arabic speakers seem to transfer to English a set of psycholinguistic strategies that are more appropriately deployed in processing Arabic words. Unlike English, Arabic vowels are of secondary importance both in script and in word building, and the word recognition system depends heavily on the tri-consonantal roots which are the basis of most Arabic words with vowel variations placed within the consonantal framework. From a pedagogical point of view, such differences between the two languages will be determined and included in the various teaching material. In other words, teaching will be directed on these differences. This in turn determines what the teacher has to teach and what the learner has to learn. The present researchers anticipate that the similarities between the two systems would act as a reference point for the learner's perception of the English consonants. The results of the present paper would in turn encourage instructors to follow similar procedures in their teaching of sounds at university level in particular.