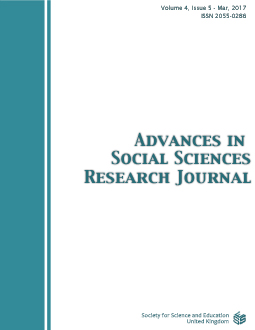 Ottoman Empire- Tsarist Empire, Turkey-Soviet Union and Turkey- Russia’s politic conflict dates back past to present. Tsarist Empire or Soviet Union or Russia Federation’s goal, which is “desire to gain access to the warm waters”, in other words “Panslavizm” still continues. The ideal for them is that Turkey constituted a threat of all time. Turkey and Soviet Union’s relationship alternates between tense and cold. Turkey is allied NATO due to its self-border security. It has regarded Soviet Union as a threat and their relationship are exceedingly tense owing to politic conflict of interest. In the same way, with the world power USSR. Turkey is a threat to NATO for the World power USSR’s regional politic factors. However, the relationship between Turkey and Russia has been very improved in time. Today Russia is in the top 10 of the countries that Turkey exports. That is to say, Turkey and Russia’s political relationship are more advanced comparing with the past. Although their relations are “warmer” than the past, the two countries’ remarks does not match in the Middle East politics. These issues are North Iraq and Kurdish State, PKK and terror Issues, Turkoman, Energy Issues, and the Syria Crisis… This issues especially concern Turkey but Russia follows different politics thus this obstruct constituting ‘trust’ issue between two countries. Russia really fell down in the Soviet Union’s period of regression but it recuperates today. Old foreign affairs minister and the Middle East expert Yevgeni Primakov and ongoing period Putin government has been building “trust” and showing “stability” in a sort of way again and it works for gaining their old power today. Russia has understood that it needs to gather themselves up; by trying to get support from Muslim state for Chechen problem that leads Russia to play an active role in the Middle East and Syria Crisis. At the same time Putin government is planning arms sale which will be a significant economic resource for the mixed zone. Turkey is in the opposite of the Russia in terms of policy as it follows its own which protects its zone’s stability. Today the detrimental effects of the conflict reached its peak and there is a war in zone. Besides that, Turkey wants to take the advantage of the power and the authority vacuum in the region in order to be effective power in the zone. Because of this entire situation, Turkey and Russia conflict in terms of politics.