This paper explores the identity of “Paki” versus “Pakistani” engendering power boundaries in the screenplay of My Beautiful Launderette by Hanif Kureishi. The aim is to study the power dynamics as they operate within the linguistic structure of the screenplay, whilst locating its corresponding relation to the socio-political structures. My reading of the text informs that the screenplay focuses on strategies of survival within the migrant, the previously colonized population of Great Britain, as well as the indigenous English populace. These strategies related to conflicting power struggle in the screenplay tend to evoke a politics of identities seen with the social and linguistic order. Thus, Kureishi’s screenplay mainly summons the theme of socio-political strife where language and in particular identity markers, “Paki” versus “Pakistani”,  become a site for re-construction of hierarchies to correspond to pluralistic identities of the migrant and the local. Within the scope of the linguistic power dynamics, this paper specifically focuses on the word “Paki” and the socio-political enervation of power attached to it as opposed to the constant struggle of affirmation of reallocation of the word “Pakistani” by the second generation migrant. The paper aims to depict crisis within the socio-economic identities attached to each word leading to inversion of power attached to the word.

In this context, Michel Foucault’s work on Power along with John McLeod’s work on Diaspora and Displacement would be used as research tools to investigate the dynamics of the words “Paki” and “Pakistani” as used in My Beautiful Launderette. Theories on Linguistics would be used to elucidate the power of words in a written text. This paper may open a debate on the effects of words like “Paki” and “Pakistani” in the construction or deconstruction of identities. Future studies on the hierarchal order, dynamics of the word associated with political identities can be carried out to determine how hierarchies are constructed and displaced by words. 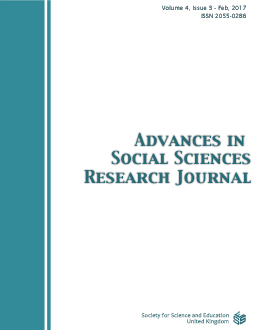