Temperament, Character and Behavior in the structure of Personality

Existing classifications of temperament, characters, personality types and ways of behaviour are the disputable issues of the present-day scientific world. The origins of the classifications rise from the ancient philosophy and medicine in China and India (VIII BCE), Greece (V BCE), Rome (II century AD), England and Germany (ХIХ century), USA and Russia (ХХ century). Tremendous amount of the classifications were worked out all over the world and not all of them withstood the test of time. The references to Hippocrates’ and Claudius Galenus’ classifications occur chiefly, which are tangential with regard to mentality and psychic setup and based on humoralism (humorism). Great empirical and experimental materials have been accumulated in scientific history without harmonious systematization in view of the absence of the integrated international system of classification that is the factor restraining the further development of typology. There were curious incidents during typology march. Fourier described three hundred characters, for instance. Unfortunately, any ordinary person could not be able to remember all these descriptions. Since then, researches, finding and admission of the optimum types became the task of paramount importance for the scientists. 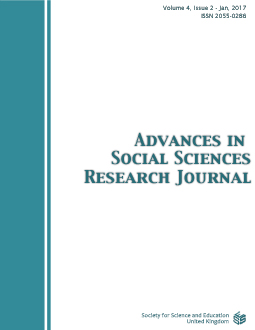 Dyussenbayev, A. (2017). Temperament, Character and Behavior in the structure of Personality. Advances in Social Sciences Research Journal, 4(2). https://doi.org/10.14738/assrj.42.2600
Download Citation