Background: The number of female medical students increased steadily over the last decades, outnumbering the male students in some medical schools including ours. Gender differences in academic performance among male and female medical students were addressed in many studies with variable results. The aim of this study is to investigate the difference in grades scored in different medical school subjects in a 6-year curriculum by female students, compared with the scores of  fellow male students. Methods: Three cohorts of students, graduated in the years 2011, 2012 and 2013 were selected. The total number of students was 1254, 876 females (69.9%) and 378 males (30.1%). The achieved scores (grade-point average or GPA) were recorded for each subject’s final examination. Data was analyzed using PSPP statistical software. Results: T-test for the first examination (anatomy, physiology and biochemistry) showed a slightly higher male mean total score (6.38) versus 5.76 for female, but the difference was not significant (P= 0.12). For the second exam (pathology, pharmacology and microbiology), the mean score of male students was also higher than female students' mean score (5.19 versus 4.65) but the T-test was not significant (p= 0.14). For the third exam (medicine, surgery, pediatrics, obstetrics and gynecology) the mean scores were almost equal (8.31 for females, 8.3 for males) and the T-test was not significant (P=0.98). Female students performed slightly better than males in obstetrics and gynecology and surgery, while male students scored better in medicine and pediatrics. However, these differences were not significant (p= 0.6). Conclusion: The academic performance of medical students shows no significant differences among male and female students. The small differences noted could be explained by many factors influencing the performance of both sexes rather than attributed to gender only. 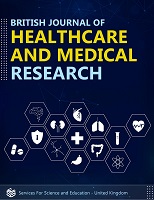